Between the Beachy Head Marathon and the Meon Valley Marathon I only went for one run. One, sad, 5km run

There’s a fine line between making sure to recover properly and doing enough training. I felt like I didn’t do enough training. After completing the Beachy Head, I felt relatively good within a few days but focused mainly on strength training, rather than running. I was afraid to overdo it, which I guess was quite reasonable, but unfortunately didn’t help me on race day. At least not mentally.

A few days before the run we received this email, warning us about the weather on the day, recommending race kit, etc.:
“Do not take the risk of under-dressing for a bit more speed!  I should know – I am an expert at that, and believe me, there are very some exposed parts of this course, and I have been up high behind the East Meon church dressed in a vest with driving sleet and high wind.  It was not funny, and if that happens to you next Sunday, you will not make it to the finish. I do not want to be extracting people from around the course simply because of underdressing, it will spoil your day.  Taking an extra minute or two because of extra gear will not!”

The start of the race was relatively late, which meant that I could stay in bed for longer before meeting Steve in Godalming. The morning frost adding to a beautiful sunrise.

It was still very cold when we arrived at Meonstoke Village Hall.

Steve and I collected  our race numbers and tried to spend as much time as possible inside (playing with a dog).

The race started around 10:40 which I thought was quite late for a winter, off-road marathon but at least it was getting warmer.

The weather wasn’t too bad in the end despite the cold and I was feeling fairly good physically. But ‘it’s all in your head’ as they say. The lack of running prior to the race was playing on my mind and I felt quite weak. Thankfully I was running with Steve, and talking to him helped to distract me.

It was getting considerably warmer and we were adapting our buffs to be headbands rather than hats, or taking them off all together. This also meant that the ground was getting softer as it thawed, probobly less of an issue for the front runners then it was for us! To say that it was muddy, would be an understatement. 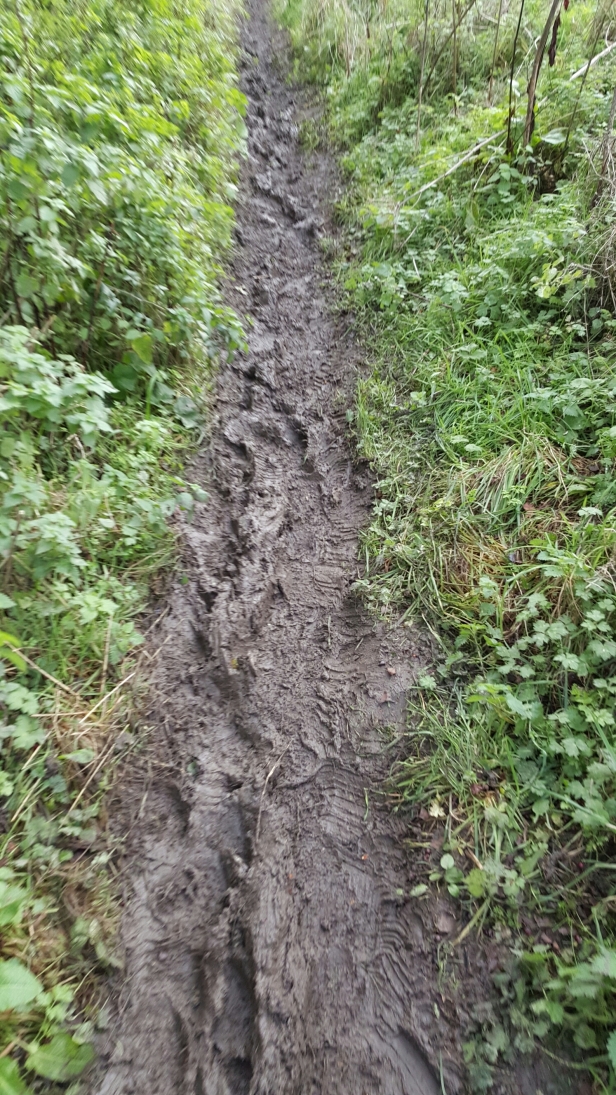 And it was the sort of mud that makes you feel like you are running in clay. Sticky mud, making sticky noises, making it hard to lift your feet and making you slide all over the place. And then when you are finally out of it, you realise that the sticky mud, has stuck half of the woodland to the soles of your shoes. Have I mentioned mud? Mud, mud, mud, mud, mud!

The water stations had all that we needed; drinks, watermelon (!), nachos, Haribo and cheese with pineapple (very posh! I like!) 😉

But most importantly there were the marshals – supportive, smiley and some of them advertising the next best thing: The Surrey Half 😀 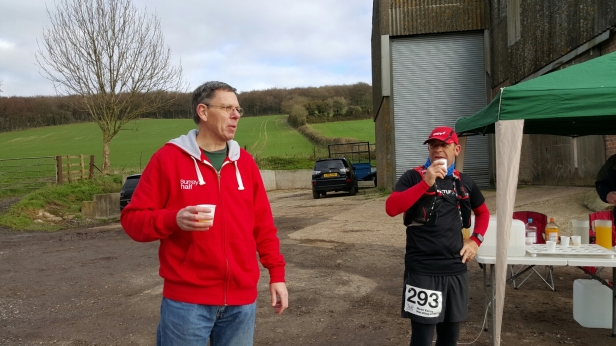 And then there were the views. Beautiful! It was really stunning out there.

We were running through some fields with farm animals (this would make people with a cow phobia run really fast!) which I enjoyed a lot. 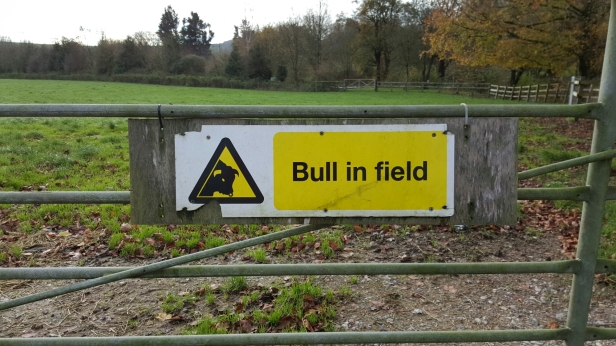 I am one of those people who doesn’t suffer from a fear of animals; any animals (apart from insects!).

We had some steep downhills on the way, which I actually quite enjoyed. I decided ‘just to go for it’, instead of leaning backward, which is what I usually do – what’s the worst that can happen? This tactic seems to have worked for me and made the downhills much easier (and fun!).

And where there are down-hills there are up-hills as well, less enjoyable but a good excuse to have a break and walk – especially when it’s slippery and muddy.

Suddenly (not sure I actually mean ‘suddenly’, it wasn’t suddenly, it was 13.1 miles later) we were half way through. Fantastic! With every next step we had less to go than we’d already done!

But it was getting tougher. Everything was tough at that point, especially running.

The weather was changing as well. I was hot and then cold and then hot again.

Then it started getting dark and we just wanted to finish before the sunset. I couldn’t run anymore, so I was doing this strange bounce-walk, the bounce-walk is a thing I do when I can’t run but don’t want to walk because it would be too difficult to start running again. 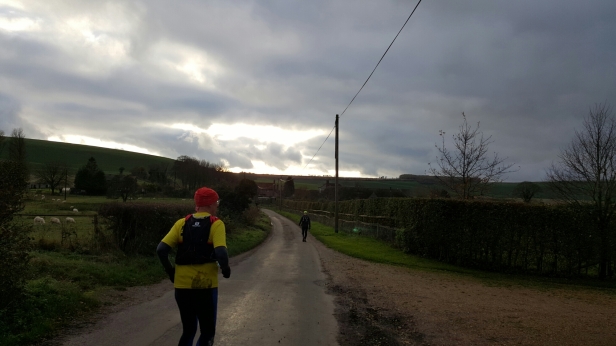 It wasn’t far to go from there, only the last 5km, but I was feeling pretty miserable. Nevertheless we managed to overtake some people during the last kilomether. 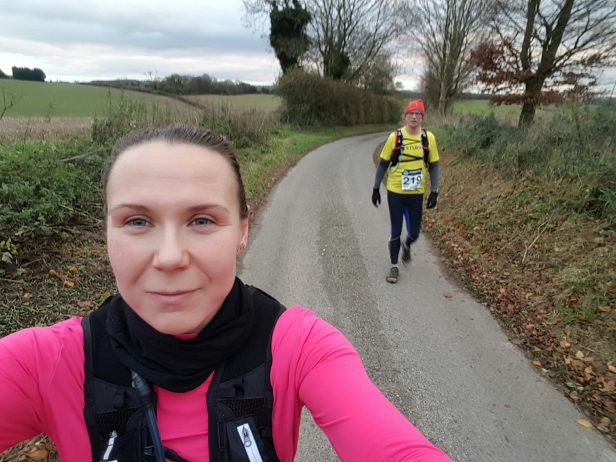 We managed to get in before it became really dark and I don’t envy anyone who finished after us. We were given our massive medals and had some food and mulled wine before driving home. Nom! 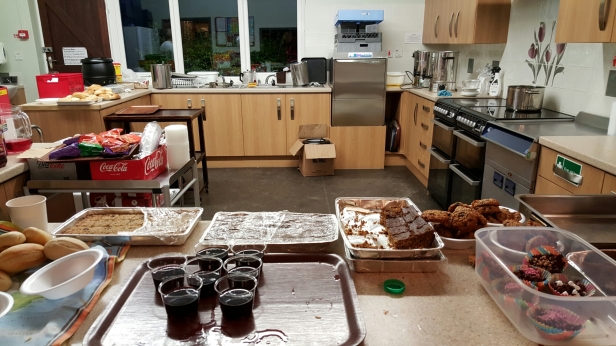 Overall, I’m obviously happy that I’ve done it, but I need to work on the mental side of things. It’s definitely better for me to be more optimistic about the race, than dwelling on the fact of not running enough. In the end: how hard can it be?!